Yes you can, no you can't

With Id ul Zuha being celebrated yesterday, this post on an experience around Id ul Fitr some months back is a little late...anyway, here goes...

At the Nizamuddin Auliya dargah, New Delhi, India, August 2012
As expected, it was a massive crush of people on the last Thursday evening before Id-ul-fitr. While the crowds made it difficult to wield the camera for more than a split second at a time, the people in these very crowds provided interesting studies in contrast.

The two photographs below represent the two reactions to my attempts to capture the goings on...there were people who objected to photographs being taken, and others who actively encouraged it. (caught between these two extremes, I got the maulvi to say "aye" before proceeding!)

With the devout having fasted during the day, the approaching dusk was a sign of food around the corner... Amongst children, there was a palpable sense of excitement: seats were bagged on the ground and plates lined up in front, long before the food was scheduled to arrive.

This boy turned around as if on cue, but with a not too happy expression on his face. WHY - he seemed to ask... 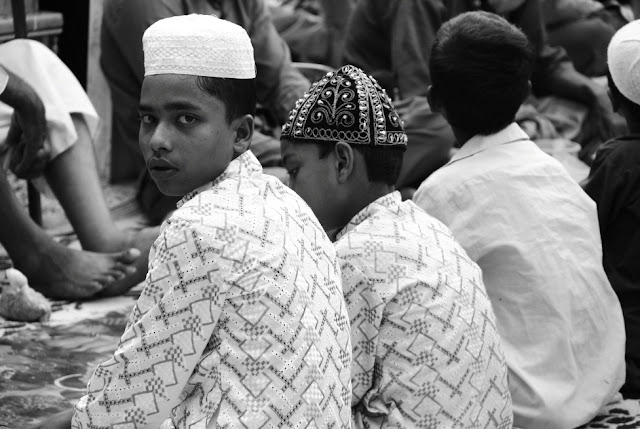 The two kids below fought with each other to get into the frame - the young boy protesting vehemently at being upped by the (elder) girl, who thrust herself into the foreground. They were happy posing in front of the camera...food, perhaps, temporarily forgotten. 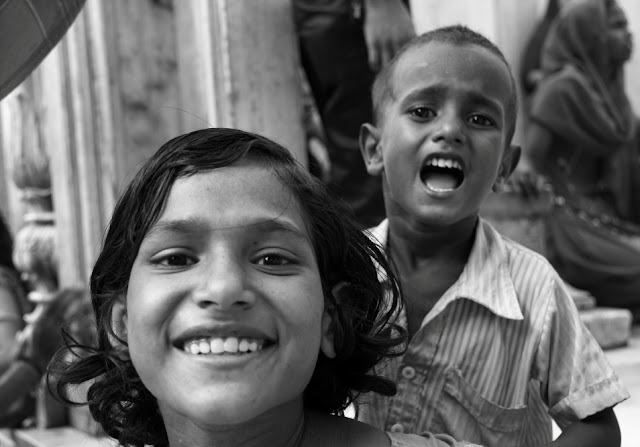 A selection from the series "Lost in Tranquility", on display at Gallery Ragini (New Delhi, India) from 13th Oct - 12th Nov 2012.

Email ThisBlogThis!Share to TwitterShare to FacebookShare to Pinterest
Labels: B&W, Spaces, US

Digital photography has made it easier to play around with photographs, and both amateur and professional photographers do not shy away from cropping. (unlike the use of photoshop, which generates a lot of heat, dust & debate - and will be the subject of a future post - cropping is generally less controversial).

But should you (crop) just because you can...? 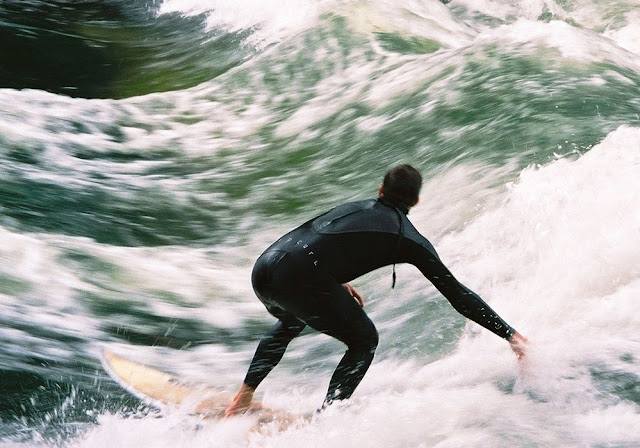 The image (left) would evoke, for most folks, a sense of the sea/ocean....of a man battling with the giant waves, waiting for the precise moment to ride the big one coming at him....right? 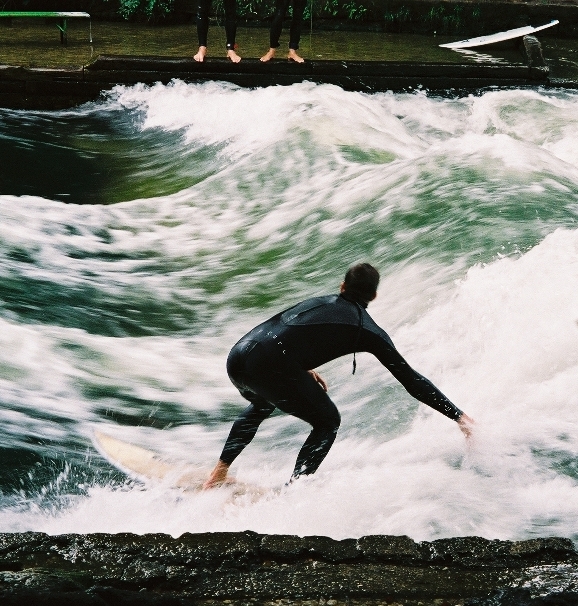 The original picture (right), taken on the banks of river Eisbach in Munich, Germany, has a very different feel. With both the river banks in the frame, the man vs nature scale is substantially diminished.

So which works better? ..........It is simply a function of what one wants to communicate (though as a photographic composition, my preference is for the first one).

A side by side display below, for an easier comparison...

If (to use a cliched business phrase) "overcoming challenges" is what is to be conveyed, the picture on the left captures the essence of that thought. But if the purpose is to create interest in one of the "sights" in Munich, the one on the right does a better job of evoking a "sense of place". (Munich is well known for its "river surfing" & "standing wave", within the surfer community in particular). 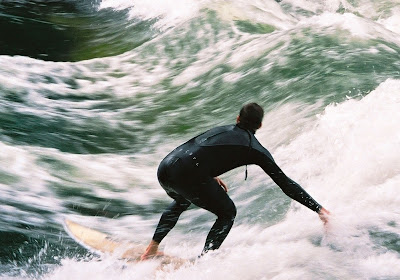 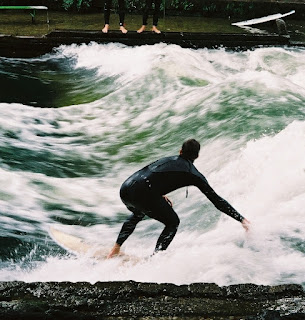